I recently finished reading Svetlana Alexievitch’s Second-hand Time, a memoir of people in the erstwhile Soviet Union as the union broke down in 1991. It’s a long and rather intense book, and maybe it wasn’t the best choice for reading on days when I wasn’t able to sleep.

I don’t, however, regret reading the book at all. It was incredibly enlightening and taught me a lot of life in the Soviet Union and in the post-Soviet republics. This is what I wrote in review on Goodreads:

One of the stories in the book is about migrant workers from Tajikistan in Moscow, and how they are ill-treated and racially abused. They are called “blackies”, for example, a term that puzzled me since to my knowledge Tajiks are rather fair-skinned.

I had to “see it to believe it”, and what did I do? I googled the photo of perhaps the only Tajik I’ve heard about – Ahmed Shah Massoud, late leader of the Northern Alliance who fought in the early 2000s to expel the Taliban from Afghanistan. 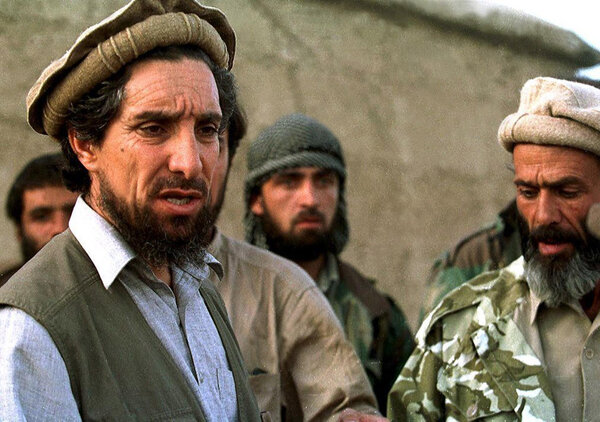 (Now I learn that Massoud was Afghan and not Tajik, so I was actually mistaken. I somehow remember him as being the leader of the ethnic Tajiks in the battle against the Taliban (and General Abdul Rashid Dostum being an ethnic Uzbek leader as part of the Northern Alliance) ).

In any case, now that it turns out that Ahmad Shah Massoud wasn’t actually Tajik, it turns out that I don’t know of even a single Tajik. Not one. So this got me thinking about countries that have very few people who are present in popular imagination.

And I don’t think there are too many countries from where there are so few little-known people (I consider my own “general knowledge” to be pretty good, so me knowing someone “famous” from a country should count).

For example, my ability at guessing a European’s nationality from their first name comes from my following of football, a sport that is popular all over Europe, and has famous players pretty much from all countries (I admit I don’t know anyone from Moldova or Belarus, though the latter has a rather famous and nicely named football club).

I know of people from a lot of former Soviet republics (but not any Tajiks, or Uzbeks or Kazakhs) because I follow chess. Paul Keres from Estonia, Mikhail Tal from Latvia, Levon Aronian and Tigran Petrosian from Armenia, Teimour Rajdabov and Shakhryar Mamedyarov from Azerbaijan and so on are among the very few (or only) people I know from their respective countries.

Think about it – which are the countries from which you can’t name a single person? How many such countries might there be? In my case there may be a maximum of 50 such countries (there are about 200 independent countries in the world, IIRC).

I recently came across this blog post in EconLog which made a pretty interesting point comparing blacks in the US to Uighurs in China, which possibly prompted my post:

In most cases, oppressed groups tend to be relatively poor and powerless, and thus are often invisible to outsiders. Can you name a single member of the Uyghur minority in China?

It seems to me that African-Americans are somewhat different. Correct me if I’m wrong, but aren’t most well informed people in other countries able to name and identify quite a few African-Americans? In politics the most obvious example is Barack Obama…

I can’t think of a single Uyghur either. Oh, and I forgot to mention the role of movies and books and other methods of popular culture that give you exposure to people from different countries.