From time to time, a joke goes around that makes the value of punctuation clear. Check out this picture, for example. 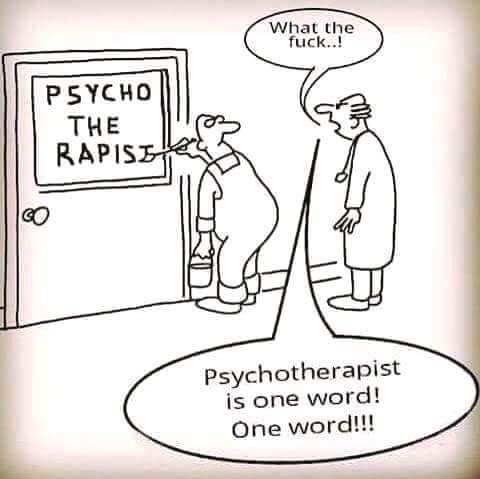 Recently, I saw this on my twitter timeline (though here it’s an issue of spacing apart from punctuation).

Though Punctuations are Important….But Space is much more IMPORTANT..???? pic.twitter.com/Exwf4EFPeP

Someone actually wrote an entire book about the value of punctuation.

In any case, I have a pretty bad track record in terms of reading sentences that don’t have punctuation. I can think of two examples right away.

Firstly, my school diary was filled with quotes from Sri Aurobindo and “The Mother“. By turns, we would have to say “thought for the day” in the school assembly. And we had a reliable way of finding such thoughts – just look in the diary and spout out the nuggets.

One of those went:

Always do what you know to be the best even if it the most difficult thing to do.

Yes, I remember that. Because I had spouted this not once but twice. Now, this is a long sentence without any punctuation. How would you read it?

For the longest time I read it like this.

Always do what you know, to be the best, even if it is the most difficult thing to do.

So if there are many things that you can do, and you know one of the things, you do that thing even if it is harder than everything else that you might do (but don’t know how to do).

Clearly that doesn’t make that much sense. It was only when I was about to graduate that I figured that it was actually:

Always do what you know to be the best even if it is the most difficult thing to do.

So there are many things you can do. You know one of them is the “best thing to do”. So even if it is the most difficult thing to do, you do it because you know it is “the best” (not because you “know it the best”).

Another example is from this store near my house. I don’t think the store existed for too long, but it had an interesting and quirky name (in Kannada).

“ellAdEvarakrupe stores“, it said. For the longest time I read it as “ellAdEvara  krupe”, or “grace of all gods”. And I thought it was a fascinating name in terms of recognising all religions. And I’ve quoted it many times.

When I was quoting this on Twitter earlier today, I realised that I had got the name of the store all wrong. It’s “ellA dEvarakrupe”, meaning “everything is god’s grace”. It says nothing about which gods are included or excluded, or how many gods there are.

What are your favourite examples of sentences that you’ve misread thanks to the lack of punctuation or other visible sentence markers?