This is a fascinating essay by Antonio García Martinez on the history and future of journalism (possibly paywalled). The money paragraph is this:

The bigger switch happened as a national market for consumer goods opened after the Civil War, when purveyors like department stores wanted to reach large urban audiences. Newspapers responded by increasing the number of ads relative to content, and switched to models that went light on the political partisanship in the interest of expanding circulation. This move was driven not exclusively by lofty ideals but also by mercenary greed. And it worked. Newspapers used to make lots of money. Mountains of money.

Basically, the move to objective journalism came in the late 1800s when advertisers such as Macy’s wanted to take out full page ads, and wanted to do so in newspapers that served the largest sections of the market. And when a newspaper had to reach a large section of the market, it inevitably had to tone down the partisanship, and become more objective.

Over the last decade, we have been witnessing (across the world) the decline of objective media. All media is “#paidmedia” based on which side of the political spectrum you stand on. There aren’t that many truly objective papers around, and social media is bombarded left and right by extremely politicised reporting that goes as “news”.

It is perhaps no coincidence that this period has coincided with a time when print circulation has been dropping steadily (in the developed world at least), and where online advertising can be highly targeted.

In theory, mass marketing is inefficient. When you pay to put up a hoarding somewhere, you’re possibly paying a small amount for each person who sees the hoarding, but not all of them might find it interesting. Consequently, this reflects in a depressed per-person price of the hoarding implying the owner of that real estate can’t make as much as she could if the hoarding were to be more “targeted”.

Another way of seeing it is – an advertisement shown to a customer who doesn’t want to see it is wasted. The monetary cost of this waste are borne by the owner of the real estate and the advertiser, and the non-monetary cost is borne by the customer (being forced to see something she didn’t want to see). And so one of the biggest technological problems of today is on how we can target advertisements better so that we can minimise such costs – and in the last decade and half, we’ve made significant progress on that front. 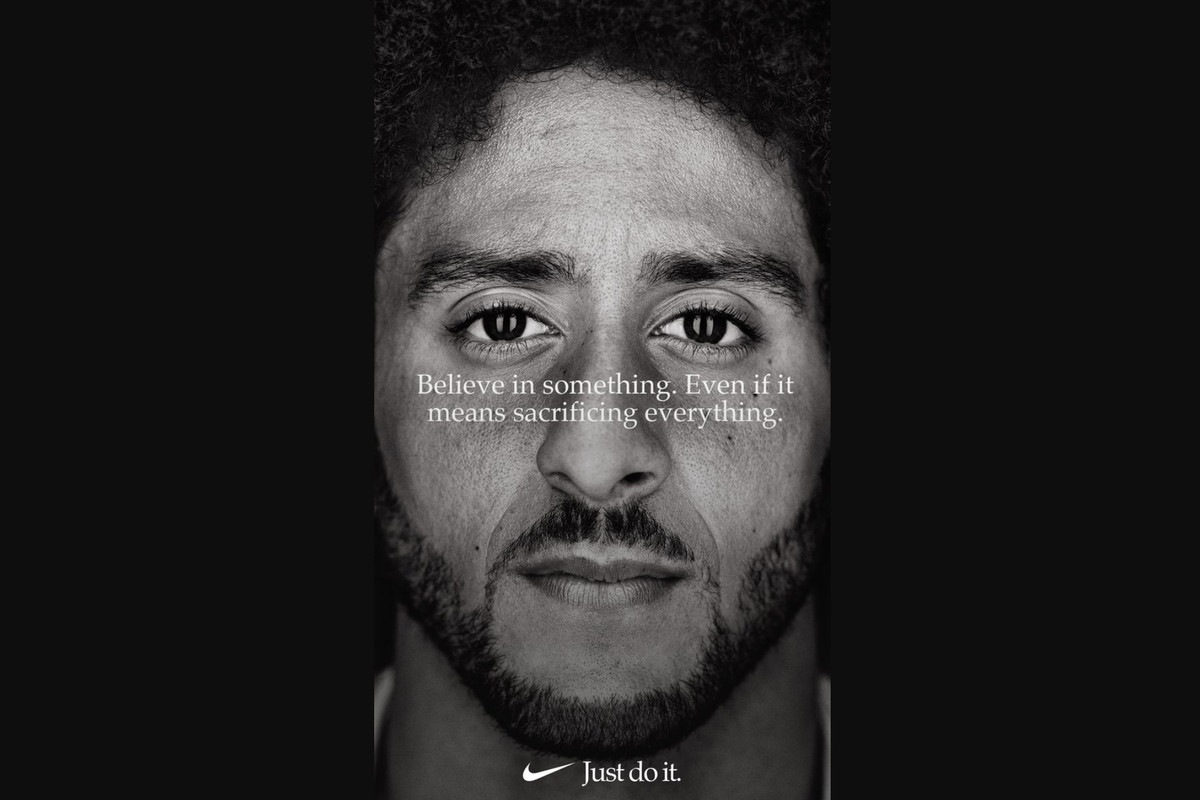 This doesn’t however, mean that Nike only sells to left-wingers. The same company can make another advertisement targeted precisely at right-wingers and use it to sell shoes to them!

So now that you can make left-wing and right-wing ads, and you have the ability to target them, you want to cut the waste and place the ads so that you can target as best as possible. In other words, you want to place your left-wing ads in places that only left-wingers want to see, and right-wing ads only in places that right-wingers will see. And so you prefer to advertise in CNN and Fox rather than in a hypothetical “broad market” media outlet.

And the reason you created the politically charged ads in the first place was because there were some outlets (Facebook, for example) where you could precisely target people based on their political orientation. And so you see the vicious cycle – that you can target in some places means you want other places where you can target and that creates demand for more polarised media.

It was the opposite cycle that took effect in the late 1800s and early 1900s. There was no way brands could target (also, when you make physical advertisements, with 1900s technology, each advertisement is costly and you don’t want to make one per segment) too effectively, and so they went mass market in their communication.

And this meant advertising in the outlets that could get them the maximum number of eyeballs. When you can’t discriminate between a “right” and a “wrong” eyeball, you pay based on the number of eyeballs. And the way for media organisations to grow then was to cater to everyone. Which meant less less bias and more objectivity and more “features”.

Sadly that cycle is now behind us.