Bloomberg Business has a feature on the decline of the Euro after the Greek “No” vote last night. As you might expect, the feature is accompanied by a graphic which shows a “precipitous fall” in the European currency.

I’m in two minds of whether to screenshot the graphic (so that any further changes are not reflected), or to not plagiarise by simply putting a link (but exposing this post to the risk of becoming moot, if Bloomberg changes its graphs later on. It seems like the graphic on the site is a PNG, so let me go ahead and link to it: 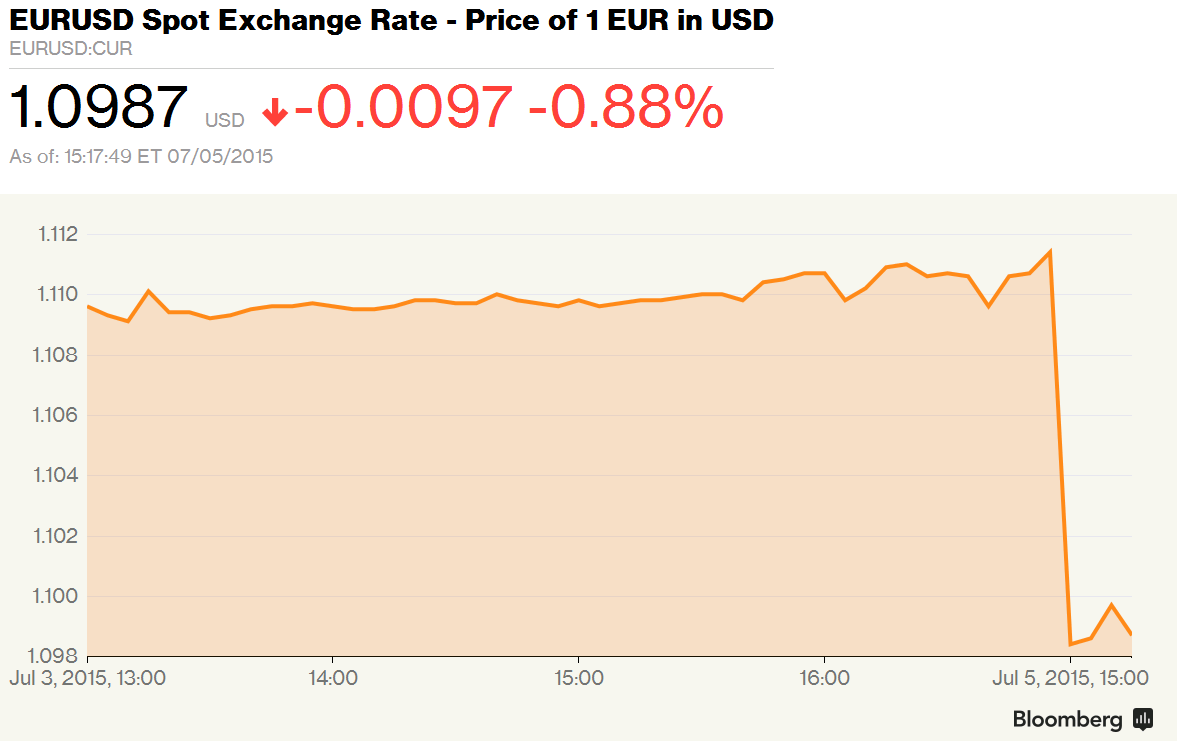 You notice the spectacular drop right? Cliff-like. You think the Euro is doomed now that the Greeks have voted “no”? Do not despair, for all you need to do is to look at the axis, and the axis labels.

The “precipitous drop” that is indicated by the above graph indicates a movement of the EUR/USD from about 1.11 to about 1.10. Or a fall of 0.88%, as the text accompanying the graph says! And given how volatile the EUR/USD has been over the last couple of months (look at graph below), this is not that significant!

I won’t accuse Bloomberg of dishonesty since they’ve clearly mentioned “0.88%”, but they sure know how to use graphics to propagate their message!