Bloomberg Quint reports that several prominent steel makers are in the fray for the troubled Essar Steel’s assets. Interestingly, the list of interested parties includes the promoters of Essar Steel themselves. 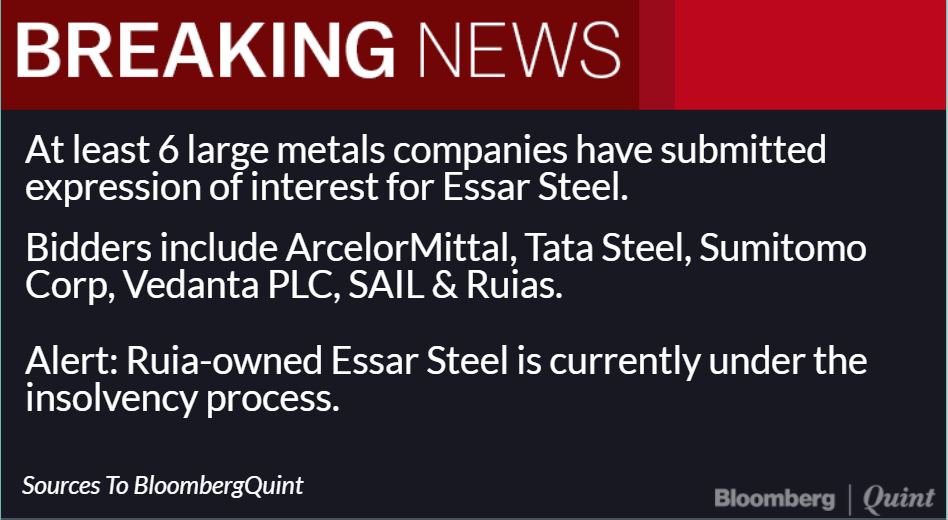 The trouble with selling troubled assets or bankrupt companies is that it is hard to put a value on them. Cash flows and liabilities are uncertain, as is the value of the residual assets that the company can keep at the end of the bankruptcy process. As a result of the uncertainty, both buyers and sellers are likely to slap on a big margin to their price expectations – so that even if they were to end up overpaying (or get underpaid), there is a reasonable margin of error.

Consequently, several auctions for assets of bankrupt companies fail (an auction is always a good mechanism to sell such assets since it brings together several buyers in a competitive process and the seller – usually a court-appointed bankruptcy manager – can extract the maximum possible value). Sellers slap on a big margin of error on their asking price and set a high reserve price. Buyers go conservative in their bids and possibly bid too low.

As we have seen with the attempted auctions of the properties of Vijay Mallya (promoter of the now bankrupt Kingfisher Airlines) and Subroto Roy Sahara (promoter of the eponymous Sahara Group), such auctions regularly fail. It is the uncertainty of the value of assets that dooms the auctions to failure.

When I first saw the report on Essar’s asset sale, I was reminded of the market for footballers that I talk about in my book Between the buyer and the seller. That market, too, suffers from wide bid-ask spreads on account of difficulty in valuation.

Like distressed companies, the market for footballers also sees few buyers and sellers. And what we see there is that deals usually happen at either end of the bid-ask spectrum – if the selling club is more desperate to sell, the deal happens at an absurdly low price, and if the buying club wants the deal more badly, they pay a high price for it.

I’ve recorded a podcast on football markets with Amit Varma, for the Seen and the unseen podcast.

Coming back to distressed companies, it is well known that the seller (usually a consortium of banks or their representatives) wants to sell, and is usually the more desperate party. Consequently, we can expect the deal to happen close to the bid price. A few auctions might fail in case the sellers set their expectations too high (all buyers bid low since value is uncertain), but that will only make the seller more desperate, which will bring down the price at which the deal happens.

So don’t be surprised if the Ruias do manage to buy Essar Steel, and if they manage to do that at a price that seems absurdly low! The price will be low because there are few buyers and sellers and the seller is the more desperate party. And the Ruias will win the auction, because their inside information of the company they used to run will enable them to make a much better bid.

One thought on “Auctions of distressed assets”