In his excellent podcast episode with EconTalk’s Russ Roberts, psychologist Gerd Gigerenzer introduces the concept of “fast and frugal trees“. When someone needs to make decisions quickly, Gigerenzer says, they don’t take into account a large number of factors, but instead rely on a small set of thumb rules.

Coming back to fast and frugal trees.. 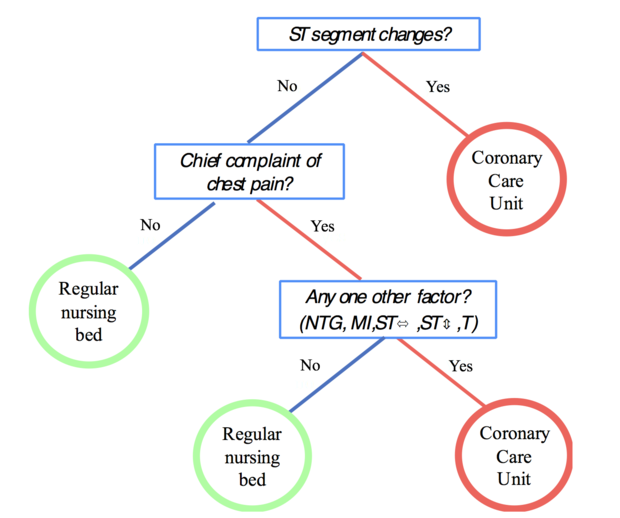 In recent times, ever since “big data” became a “thing” in the early 2010s, it is popular for companies to tout the complexity of their decision algorithms, and machine learning systems. An easy way for companies to display this complexity is to talk about the number of variables they take into account while making a decision.

For example, you can have “fin-tech” lenders who claim to use “thousands of data points” on their prospective customers’ histories to determine whether to give out a loan. A similar number of data points is used to evaluate resumes and determine if a candidate should be called for an interview.

With cheap data storage and compute power, it has become rather fashionable to “use all the data available” and build complex machine learning models (which aren’t that complex to build) for decisions that were earlier made by humans. The problem with this is that this can sometimes result in over-fitting (system learning something that it shouldn’t be learning) which can lead to disastrous predictive power.

In his podcast, Gigerenzer talks about fast and frugal trees, and says that humans in general don’t use too many data points to make their decisions. Instead, for each decision, they build a quick “fast and frugal tree” and make their decision based on their gut feelings about a small number of data points. What data points to use is determined primarily based on their experience (not cow-like experience), and can vary by person and situation.

The advantage of fast and frugal trees is that the model is simple, and so has little scope for overfitting. Moreover, as the name describes, the decision process is rather “fast”, and you don’t have to collect all possible data points before you make a decision. The problem with productionising the fast and frugal tree, however, is that each user’s decision making process is different, and about how we can learn that decision making process to make the most optimal decisions at a personalised level.

How you can learn someone’s decision-making process (when you’ve assumed it’s a fast and frugal tree) is not trivial, but if you can figure it out, then you can build significantly superior recommender systems.

If you’re Netflix, for example, you might figure that someone makes their movie choices based only on age of movie and its IMDB score. So their screen is customised to show just these two parameters. Someone else might be making their decisions based on who the lead actors are, and they need to be shown that information along with the recommendations.

Another book I read recently was Todd Rose’s The End of Average. The book makes the powerful point that nobody really is average, especially when you’re looking a large number of dimensions, so designing for average means you’re designing for nobody.

I imagine that is one reason why a lot of recommender systems (Netflix or Amazon or Tinder) fail is that they model for the average, building one massive machine learning system, rather than learning each person’s fast and frugal tree.

The latter isn’t easy, but if it can be done, it can result in a significantly superior user experience!